How Cold Is It on Top Of Haleakala 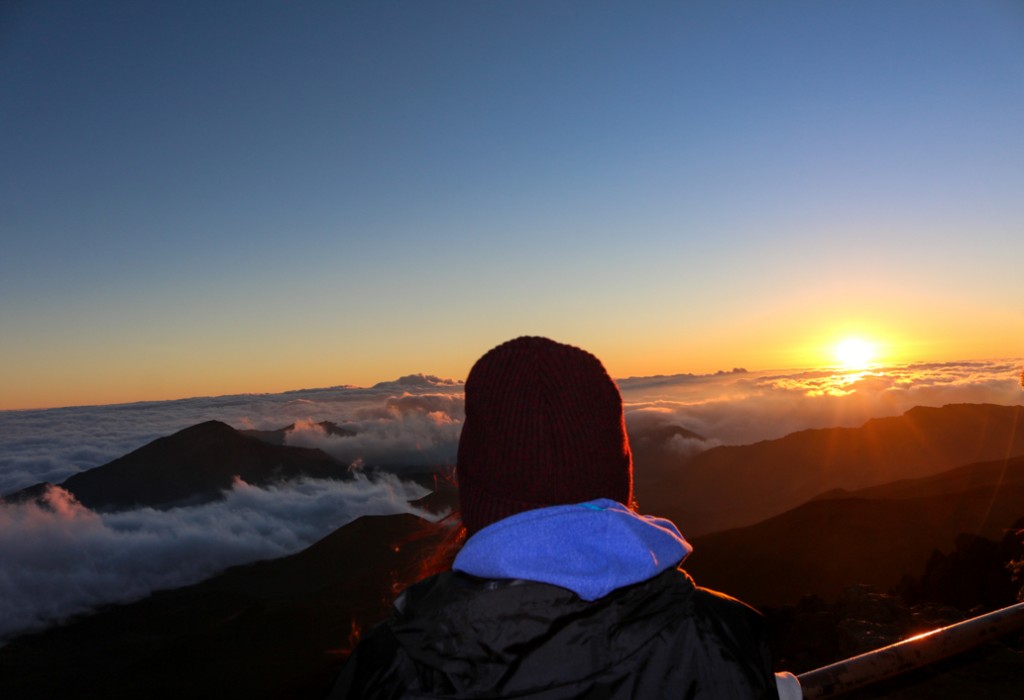 Are you planning a trek to Haleakala? It would be wise to be prepared as the conditions near the summit can get pretty nippy! If you are heading to the area and plan on reaching the summit, read on for some essential information.

Some Facts About Haleakala National Park

Before we go into the specifics of what you need to prepare for Haleakala, here’s a quick backgrounder.

Haleakala is a dormant volcano located in Haleakala National Park on the island of Maui. The park itself is a hugely popular tourist attraction, drawing thousands of visitors from all over the world every year. It covers an expansive 33,265 acres of land, more than 24,719 acres of which are wilderness.

It was in 1976 that Haleakala National Park was designated a national park. In 2005, the park’s boundaries were expanded to its current land area. It currently consists of two sections: the summit and Kipahulu, which is the coastal area.

The name “Haleakala” means “house of the sun” in Hawaiian. The story goes that the demigod Maui sought to lengthen the day by imprisoning the sun on the peak.

Whether you believe the legend or not, the fact remains that Haleakala offers an excellent vantage point from which you could view the sunrise or sunset. As expected, much of the activity in the area takes place during these specific times of the day.

The local spelling of the name is actually “Haleakalā”, although it is commonly spelled “Haleakala”. In 2000, the area’s inhabitants sought to make “Haleakalā” the official spelling by proposing the Hawaiian National Park Language Correction Act. The proposal did not pass into law, however, so both spellings are acceptable usage.

The volcano has remained dormant for more than 500 years. Its last eruption was thought to have taken place sometime between the 15th and 17th centuries.

How cold is it at the top of Haleakala?

So how cold is it at the summit of Haleakala? Despite being located in a temperate, tropical region, it can get pretty chilly up near the volcano’s summit. In the summer, you can expect temperatures to reach the high fifties. The winter months are considerably colder, as you would expect, with temperatures often dipping below the freezing point.

But even during the summer months when the temperatures down at sea level are generally mild, the wind-chill factor toward the volcano’s summit can result in somewhat frigid conditions.

This should give you an idea of how cold it can get near the peak of Haleakala:

Even our Self-Guided Haleakala Downhill Bike Tour can feel a little cold. At 6500 feet in elevation, the temperature is about 50°-70° F.

Considering how cold it can get at Haleakala, you will need to think about what clothes you will wear on your Haleakala tour and what you will bring.

Keep in mind that the temperature might change any time, particularly during the colder months of the year. It’s a good idea to bring a beach towel with you just in case the wind chill gets too much. In any case, the towel will come in handy if you are headed to the beach afterward.

Of course, you will have to dress for the cold if you plan on catching the sunrise. Jeans or sweatpants should be sufficient, although you will want to wear thick socks and closed shoes as well. It is also a good idea to bring a heavy jacket or coat, and possibly a hat and some gloves if you are particularly sensitive to the cold.

Trekking up Haleakala is one of the most enjoyable things you could do on Maui. Make sure to plan ahead and find out what the conditions are like before heading out. Wear the appropriate clothing and be prepared for sudden temperature changes, and you should be just fine. We also recommend checking out Haleakala during the day after trying out our Self-Guided Haleakala Downhill Bike Tour.

Extending a HUGE thank you to all those who joined

Grand opening in Lahaina! Come check us out Saturd

Extending a HUGE thank you to all those who joined our team for an inaugural Maui Sunriders group ride around West Maui! 🙌 🚲We were thrilled to have 25+ cyclists in our community join us to celebrate the opening of our Lahaina shop, and then get out to ride together!The cycling stoke out there on Saturday was a perfect reminder of WHY we do all the hard work behind the scenes...to facilitate awesome days out on two wheels!See you at the next one...!👀 ... See MoreSee Less